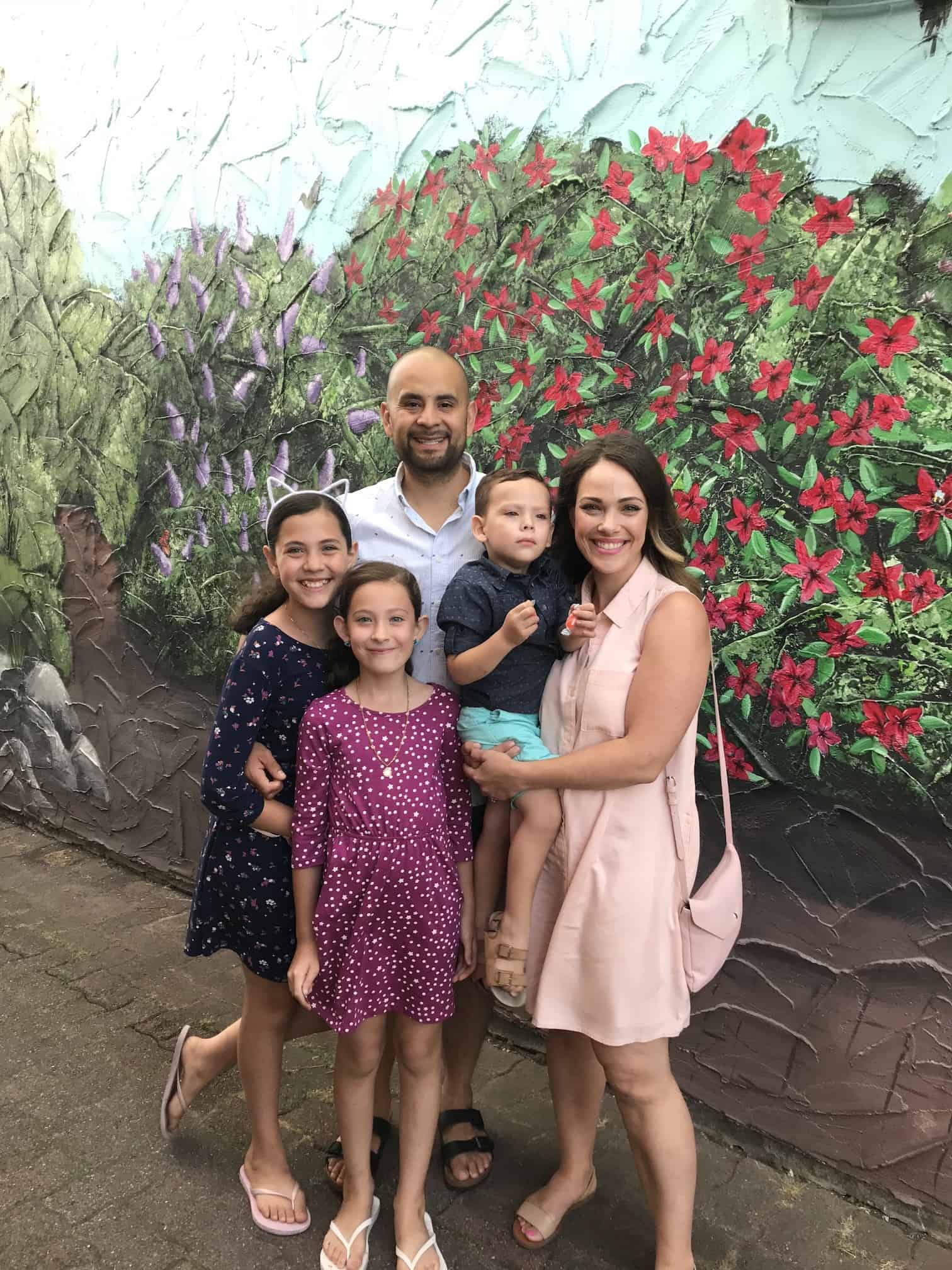 Ahh the moment has come: I’m finally sharing our journey of becoming a vegan family with all of you! I’m not sure why, but I feel like before I begin I need to set up a few disclaimers- maybe because I know how touchy this subject can be. I want you to know that this is solely our journey and the information I’m sharing is personal and some parts referencing things I have read.

Also just warning you that this is probably worth like 3 blog posts and can be little raw at times- but I really want you to take it all in and process it all at once, so grab a cup of coffee and let’s get to it!

How it all began:

If you were to ask me 10 years ago- heck even 5 years ago if I would have ever seen myself or my family go “Vegan” or plant based, I would have most likely laughed and said you were crazy. We were an animal eating family just like everyone we knew and we all lived in the same happy animal eating bubble that felt normal and comfortable. Summer BBQs with steaks and hotdogs a-grillin’- that was us. Chicken breasts nearly every day during a fitness challenge where you needed all. the. protein. (I know you’re out there!!)

You know how Facebook sends you reminders about certain things that happened on a particular day? I kid you not that sometime in 2014 when grocery stores started labelling their eggs as caged, free run and free range I legit thought it was a money grab. And my rant about it came up on my FB memories. LOL. I’m telling you this because I, like possibly a lot of you, didn’t know or really did much research about where my animal products were coming from.

So in August of 2017, I started doing my research. I started following some vegan influencers on Instagram and through their Instagram stories, I was beginning to scratch the surface of an industry that I was fully supporting without really being conscious to it! I watched documentaries like What The Health and Cowspiracy- and while there were a lot of biased opinions in both, the one biggest take away for me was that, man, a lot of animals are dying in vain to load up tons of grocery stores with product that a lot of the times gets wasted.

So I started taking a hard look at what I was buying, where I was buying it from and how often it was finished or thrown out in the trash.
And I realized- we throw out a lot of leftover meat. This is what really got me thinking. The more I started understanding what goes into factory farming of cows, chicken and pork- the less I felt inclined to buy it. 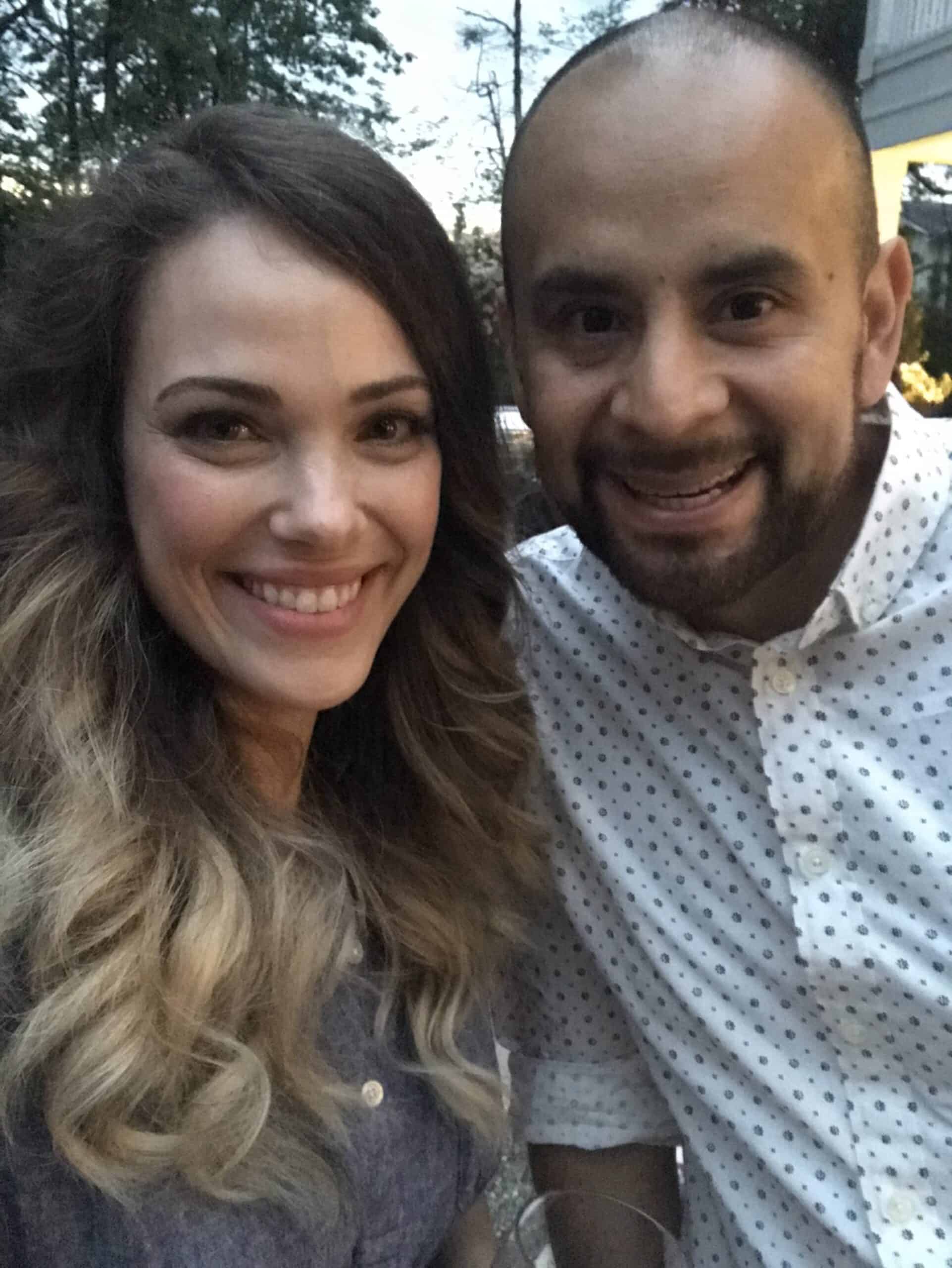 I always get messages on my Instagram about whether or not I’m the only one who’s plant based because that person might be but their husbands won’t budge on the idea of giving up meat. Im so so blessed to have a husband who not only is always up for my crazy entrepreneurial antics but someone who can take an idea and be open minded about it.

I had a conversation with him about going more plant based and when I showed him all the incredibly delicious recipes we could be making that didn’t require meat he was intrigued. He didn’t want to watch the documentaries that I had watched, he didn’t want to see what it looked like to watch an animal be slaughtered and how they act prior to being killed, he was just like, “Ok, If you think eating less is better for us then let’s eat less.” But I was like, “no dude, let’s not eat it at all.”

But think about it. When you ask someone who’s vegan, you’ll likely say, “so what do you eat all day, tofu?” 🙄 LOL- take a moment to think about how much of your diet is comprised of animal products. You might tell someone you had scrambled eggs (chicken), with crispy bacon (pork) with buttered toast (cow) and a tall glass of milk (also cow) for breakfast. It’s meat meat meat all the time LOL! It’s a friggin lot. Animal products are in ev-er-y-thing. Honestly, the next time you go grocery shopping have a look at the ingredients- GUARANTEED it’s gonna have either milk, modified milk, casein or gelatin in it. It’s so crazy.

Why does that matter? Well, in a much smaller scale where farms are sustainable, mindful, raise and care for their animals like a member of the family, are fed healthy and wholesome diets and are consumed from time to time to minimize waste, it probably wouldn’t impact the environment as much.

But if you’re buying from big boxed grocery stores and wholesalers, you’re buying from factory farms where conditions are horrific not only for the animals but even for the humans that have to work there. Theres a statistic out there that like 300 cows die every hour- that’s mind blowing, do we really consume that much?! Not to mention the amount of water used and emissions from the industry itself. This is the reality we live in. PS. Just because it says it’s organic doesn’t mean that the animal was living its best life, it was just eating organic feed. 😂 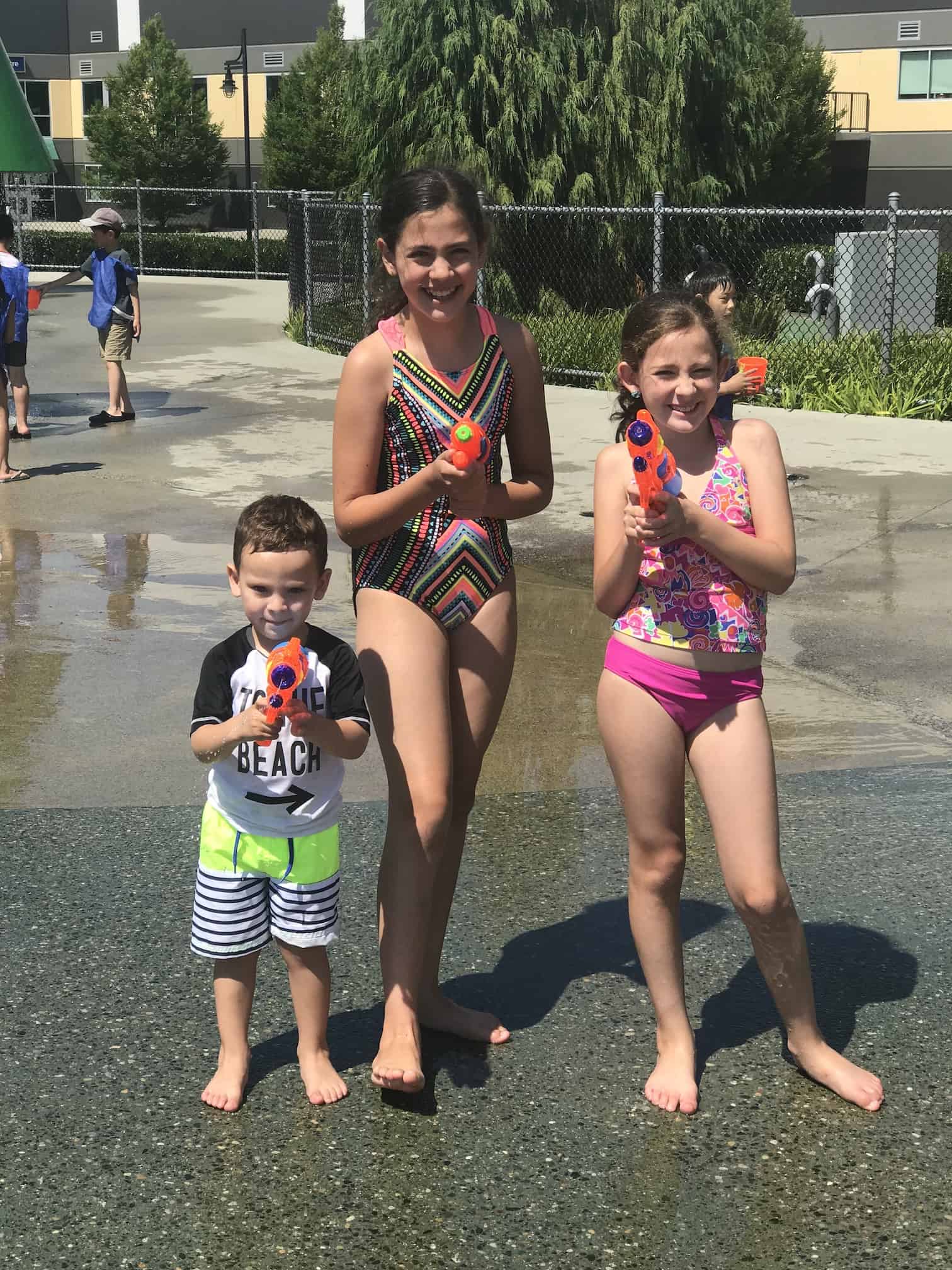 Switching our kids over had its challenges initially but only because we had to go through the process of figuring out what kind of fortified milk they’d like to drink (we settled on soy!) and little things like cheese, etc, but honestly our girls (aged 11 and 8) are old enough to understand simple things such as: a baby cow does not get to feed from its mother because humans use the milk to drink instead (which to them then sounded awfully backwards!) and that animals do have to die in order for us to eat them- so let’s instead explore different flavors of vegetables and fruits and turn them into recipes that are delicious!

It was also explained to them that not everyone is on the same journey and therefore if something with animal products is offered to them, they shouldn’t feel guilt or uncomfortable- they can simply enjoy what we do at home and what others do in their home. And fortunately, our little guy just eats everything without even having to worry about where it came from at all. And honestly, coming from kids who would only eat like a tablespoon serving from the vegetable family on their plate at dinner time to eating full blown salads and dishes with broccoli and cabbage, I’d like to think I’m winning in that department!!

About extended family/out in public:

We are lucky that our families have been so thoughtful and we can usually find a few more vegetarian type dishes prepared for our family dinners. In some cases we will bring something that we like to eat or we just simply eat whatever is being offered to us. The goal here is not to make your life so difficult, but to add positive change and consume less, so if the only time you’re eating animal products is out with family/friends, I’d consider that a win! My mother-in-law has even gone as far as changing up some traditional Guatemalan dishes into vegetarian/vegan versions and for that I’m so grateful! After all- it’s the veggies and seasonings that truly make the flavor of a dish, so when the meats not there, we hardly notice!

When we go to restaurants we choose ones that are mainly vegan or vegetarian or have those options available- there has been such a rise in plant based restaurants as of late, we actually have a list of places we want to try! 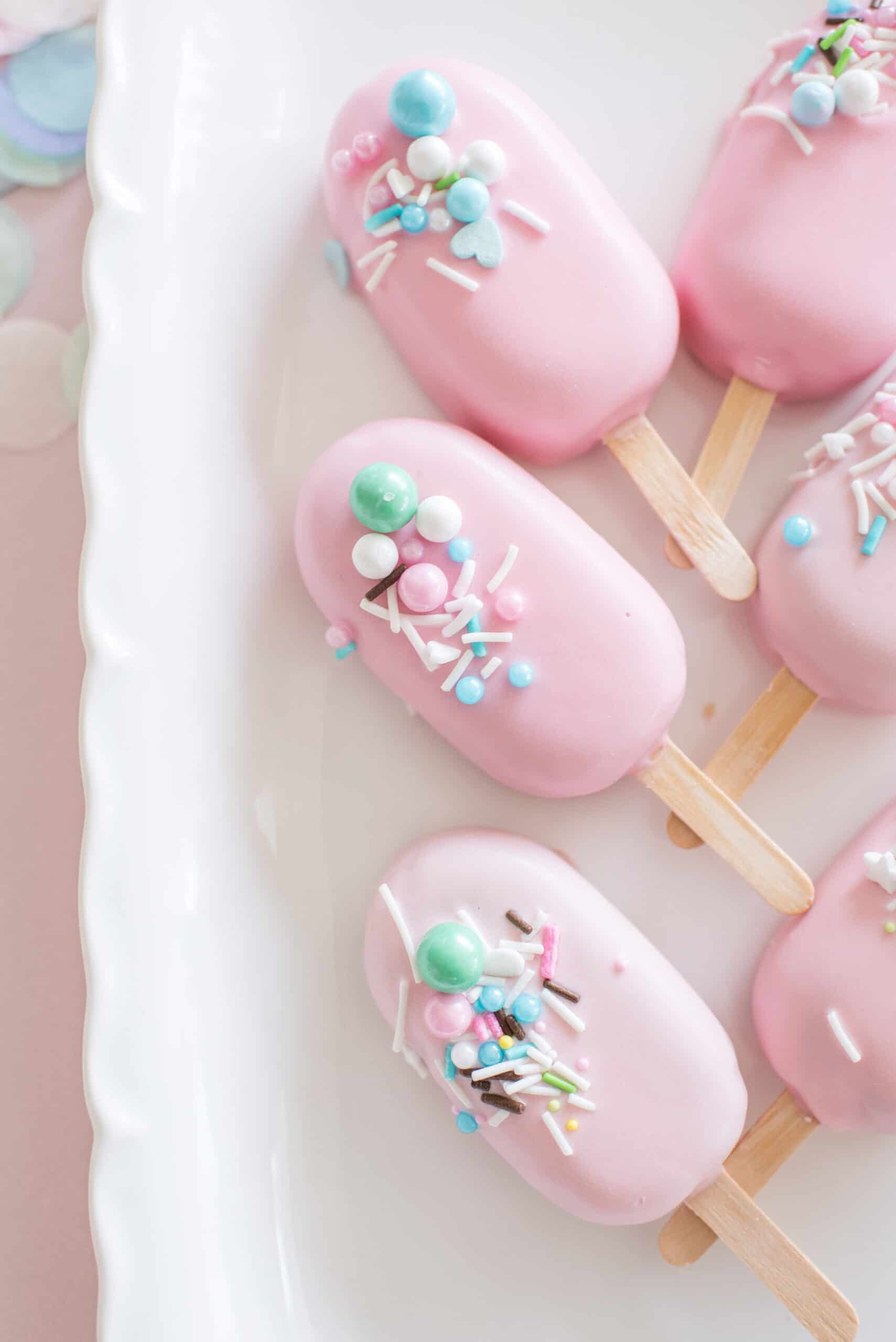 All of my baking is 100% vegan! I am grateful for the world we live in and all of the new plant based options that have become available. Everything I make is now without the use of any animal products. YAY!

You’d be surprised as to how many plant based/vegan items are at your very own grocery store! Even things like Jello pudding is vegan (hello!!) – simply add your fav non dairy milk as per the ingredients! Our grocery bill initially was a bit on the pricer side, but only because we just happened to run out of a lot of condiments that we then had to replace with vegan versions. Going plant based has dropped our grocery bill, I’d say maybe 30-40%. We are a family of 5 for reference so we do hoover down lots of veggies and fruit!

Tips for going plant based:

First of all, good for you! A change like this can feel so isolating but I promise you that it’ll all be worth it!

Phew! There you have it my friends- I can’t believe we are creeping up on being a vegan family for 4 years! For all the times I thought we couldn’t do it- I’ve surprised myself and my eyes sting a little to know that the little human beings we are raising are making a small but impactful change too.

You can find my Vegan Starter kit post that shares all of our family’s favourite vegan alternatives here!

Our Trip To Hawaii 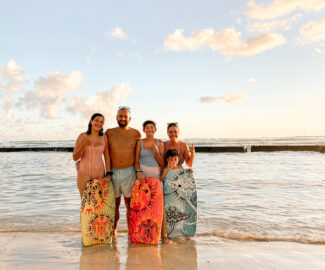 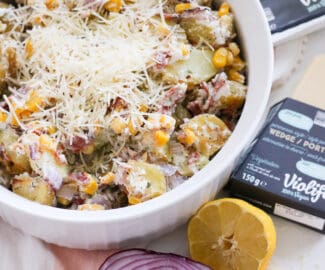 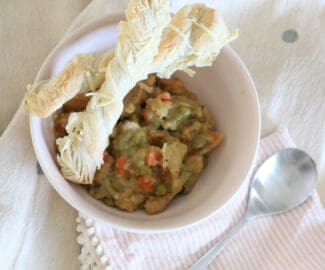 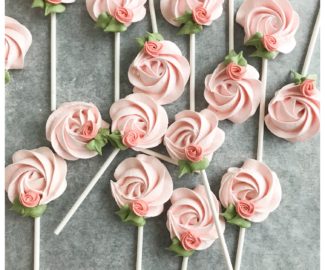 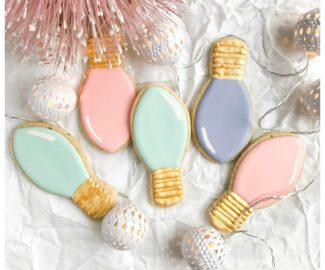 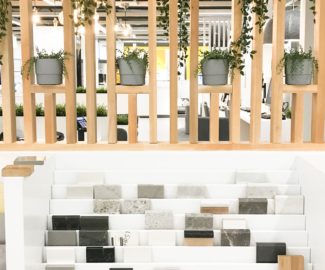 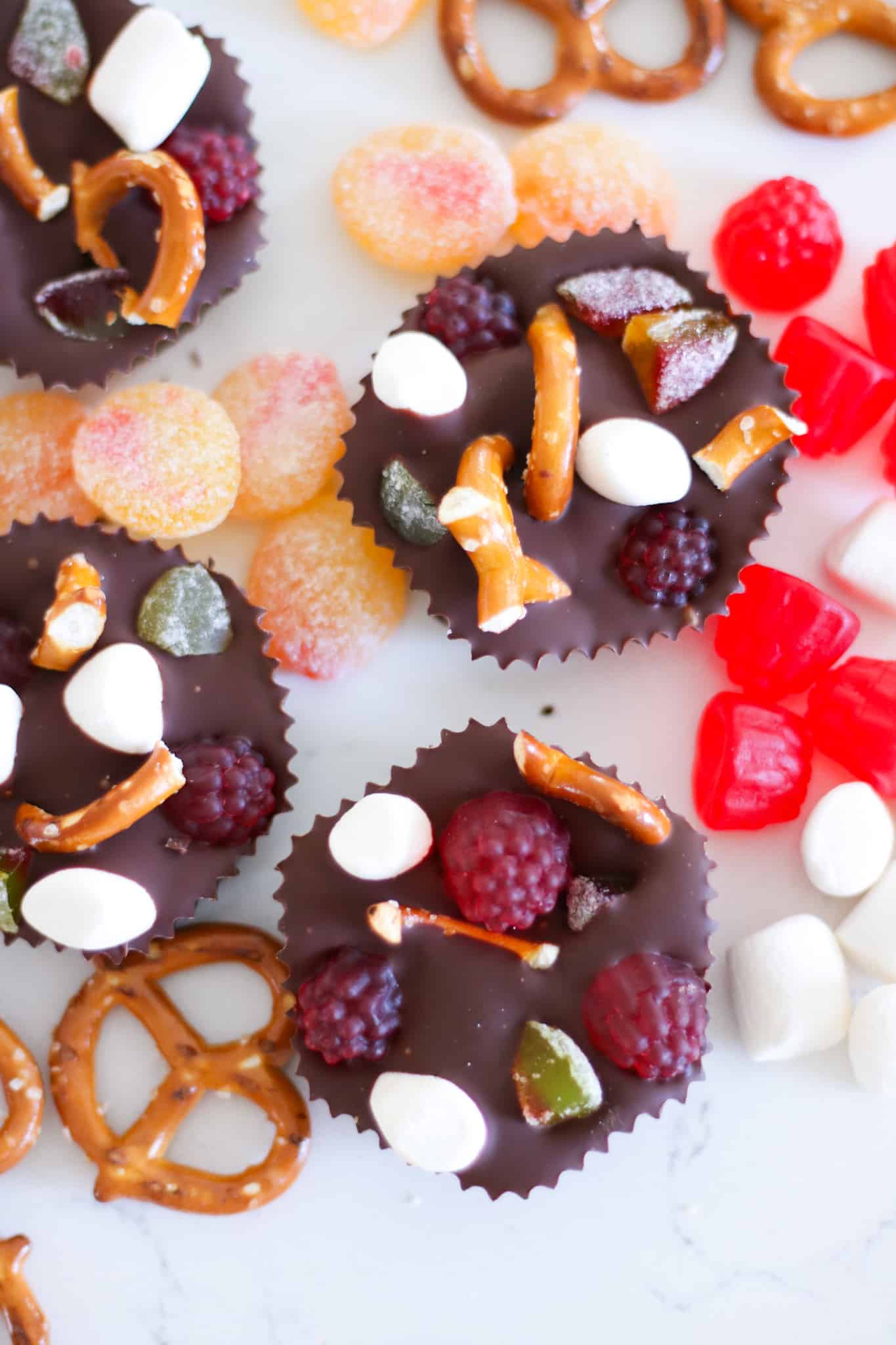 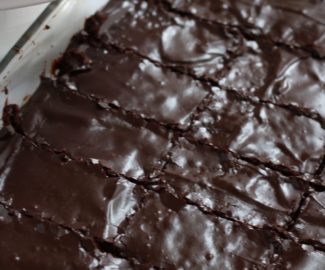 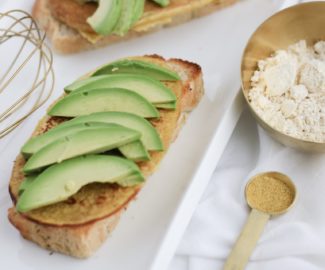 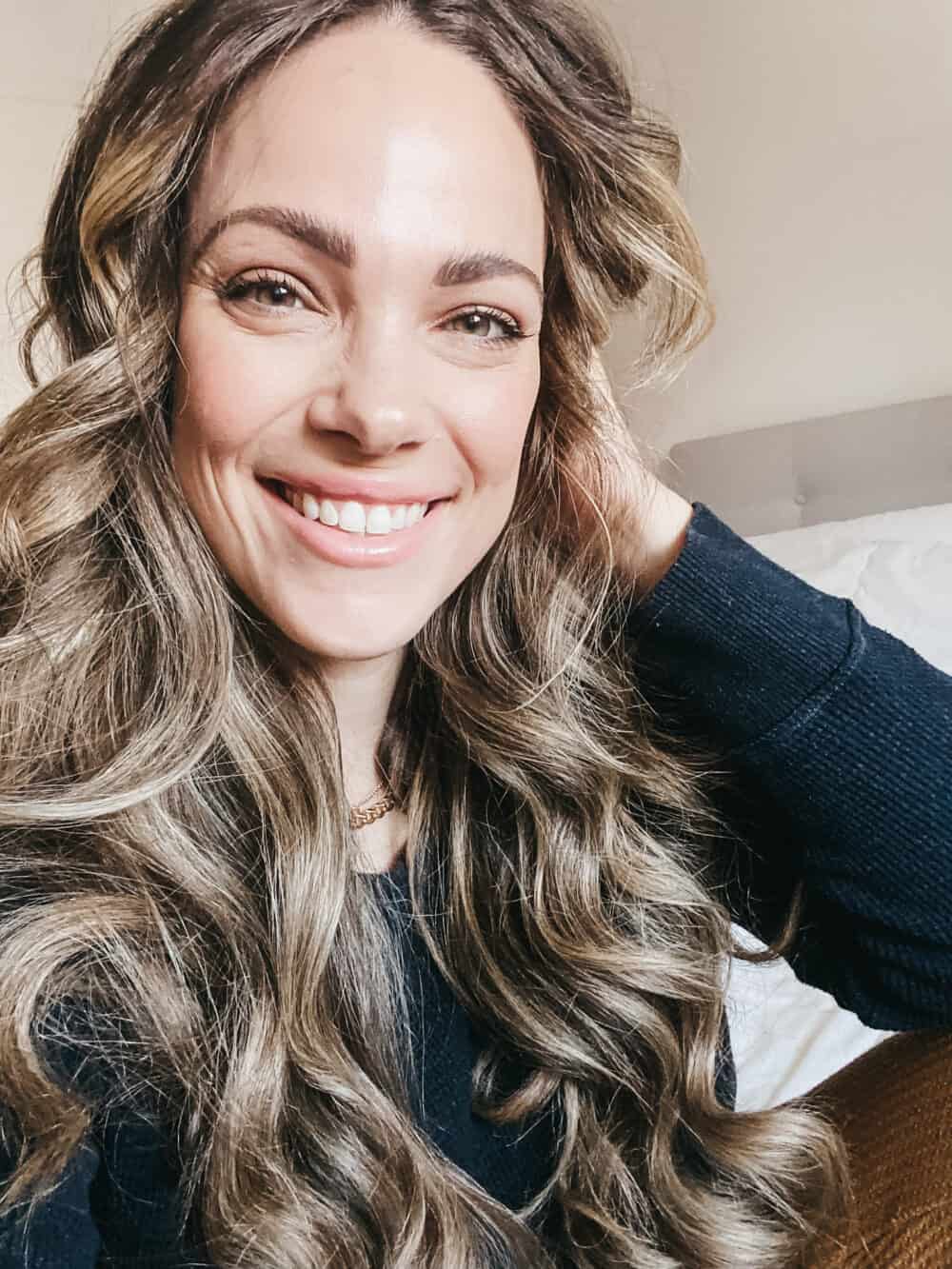 Welcome to The Cake Mama website - your spot for vegan recipes & lifestyle inspiration. Our family moved to the Okanagan two and a half years ago and we've been sharing our 70's home renovation and landscaping updates as we go along!